10 Realities to Keep in Mind When Writing Crime Fiction

Well, she started shoving me and I blew up, not mad, I wasn’t mad or anything, just very cold and hurt. I grabbed her and held her on the bed and tried to talk to her, to get a reason for her sudden rejection of me. She started saying kill me, kill me, please. I had no intention of killing anyone when I went there. Then she said I was crazy, she could see it. She tried to get up so I grabbed her around the throat and started choking her. I choked her for a long time but when I flip out I can’t see too well and I thought she was still alive. I then took her pants, which were on the floor next to the bed, and choked her with them for a long while. I hit her a few more times and then I went to the kitchen and got a paring knife and I stabbed her several times, once hitting the jugular vein.

A torrent of blood spurted up out of her neck. It splashed in his face and made a huge, grotesque picture on the wall behind the bed.

From Lacey Fosburgh’s Closing Time: The True Story of the “Goodbar” Murder

CSI and Criminal Minds don’t show all that, do they? Yeah, Dexter does, but not to the depth that a real crime is. Crime is way more complicated than victim, perpetrator, trauma, and cops. There is no amount of things you can read and watch to truly prepare you to depict something as horrific as a true crime–especially murder (on which we’ll focus most). However, with the right research, you can come pretty close. The shows you watch are only the highlights, the “cool” parts of investigation and criminal justice. But, they are also the most misleading parts.

Working with Victoria M. Patton— a forensic chemist and author of the crime fiction Damien Kaine series–here are 10 things you may or may not know about crime and investigation that can take your fiction writing from amateur to expert.

The descriptions and content are PG-13 in this article. Nevertheless, there will be links to articles that are not my own. I’m not responsible for those; I’m using them as resources and suggestions. Read my full disclosure here. 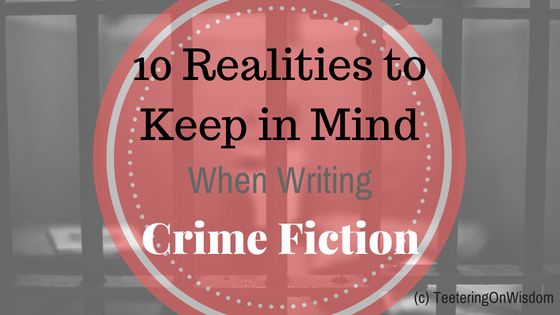 It’s really hard to hide all evidence and destroy a body.

Forensic science and technology are absolutely ridiculous! And, for this reason, it’s guaranteed, no matter how much you clean up the scene, that you’ll leave something behind that’ll tie you back to the crime. A cremated body can be tested for DNA; the tape from a crime and the original roll can be matched up; everything on an electronic device–even when destroyed–can be recovered. Even Dexter’s set up, all the plastic to cover the room, leaves behind particles and receipts of his handling. If you exist, you leave yourself everywhere. Period.

While shows start and end in 30 minutes to an hour, real investigations don’t happen like that–no matter how many people and how much technology is included. There’s no way to speed up a thorough and definitive investigation of any crime type. There are hurdles, approvals, tracking, waiting periods, paperwork and other things that typically take years–that’s right, years–to decipher. Most major crimes will be cold cases before they’re solved cases. Unless it’s a media focus.

More than cops are involved in crimes and investigations.

The first responders and cops are what we think about when it comes to investigation. Then, shows introduced the possibility of the FBI getting involved if it’s really important. But, is that it? Nope. Investigations involve university and private sector labs, experts in other countries, military investigators and labs, volunteer groups, NASA, various legal teams, and lots of others–all for one crime. Did you really think everything took place in that one precinct building?

Charges and sentencing are not cut-and-dry; there are lots of variation and grey area.

Killing someone doesn’t always come out as “murder”; just like stealing isn’t always “robbery”. Any given crime will have many variations with different sentences. Life in one state is 20 years but natural life in another. Some states have the death penalty, some don’t. Self-defense isn’t always acceptable in every state, and not all states have an insanity plea option. Some states, a person can be convicted of rape and murder, but the same crime in the neighboring state will only acknowledge the murder. Make sure you know the statute of limitations, charges, sentencing and everything else for the crime you’re depicting.

Most deaths are not fast; victims can suffer for minutes to hours before expiring.

Strangulation can take 3-5 minutes unless you snap the right pipe. Stabbing doesn’t kill someone, blood loss from the wounds does. By the way, death by blood loss takes minutes, as well. Being shot in the head isn’t always instantaneous death, drowning takes minutes, poisoning takes hours to months, suffocation takes minutes…you’re even still alive during a decapitation. While TV implies that we’re out like a light, it’s not true. The perp has to subdue the person for a commercial break and theme song before the victim is dead. Our bodies are built to fight and survive, after all.

There are more ways to kill someone than a knife, gun, or poison.

I’m not going to give you a list of ways to kill someone, though I could with my childhood show preferences (Screw Hannah Montana, I binged on Forensic Files). While you don’t want it to be unrealistically different, don’t be afraid to vary the manner and cause of death or the weapon and its use. If you’re going in depth in the investigation, too, it’ll behoove you to get creative and give us something to figure out.

Not all crime victims will respond the way you expect.

We assume that a woman being raped will fight back; that a kidnapped child will be crying; that someone in a fight will scream for help. Well, that isn’t always the case. Sometimes, the complete opposite will happen. There is so much psychology that goes into moments of extreme change that how someone responds is no longer indicative of their true feelings. People go into shock, people submit to protect themselves, people get so engrossed, they forget to yell, people protect and forgive their attackers, how each person deals with things is unique to that person. There are even perpetrators who will show more grief and remorse than the victim. Humans in unpredictable situations can be just as unpredictable.

If you’re into anime, there’re some awesome crime psychology paradoxes in the show Psychopass.

Not all extreme violence will end in death.

People do survive after a gunshot to the head; people can survive after 100’s of stab wounds. Even Peter Porco lived for hours after being axed many times by his son until he died of blood loss–not the actual trauma from the attack! While some attacks result in instant death, not all of them do. Certain arteries, vessels, ages, health condition, and other biology has to be accounted.

The law may not always end in “justice” or protect the victim.

Especially considering how educated and technologically advanced society is, you would think that law would become clearer. Unfortunately, advancements just make it that much more complicated. There are perpetrators who are released and found not guilty; there are innocent people–like Ray Crone–who are convicted with forensic evidence. There are crimes that are dismissed and victims ignored; there are even victims who are accused of the crime inflicted on them. We have to remember: no matter how objective the institution of law is, it’s still being run and enforced by humans–and we err.

Everyone–including the victim–has to move on with life.

While crime is life-changing, it’s not life-stopping. It’s a common misconception that victims of extreme crime—and/or the family—spend every waking moment reliving the crime. While it will definitely be a constant reality, bills are still due, the kids still need attention, you’re not the only victim the police have to help that day. People still go to work and school when bombs are dropping over the town. If your story is covering a length of time, don’t forget to acknowledge life beyond the crime/investigation.

Unlike fantasy, crime and mystery novels are based on reality (even when the crime is fake), one that may be far beyond your expertise.

That doesn’t mean you can’t write it, it just means you have to be dedicated to research in many different disciplines to ensure your readers an authentic experience.

Fantasy and dystopia writers, don’t think you’re off the hook!

Because we know so much now, when you’re building worlds that relate to our current or former societies, you have to know our methods to top and revive them in futuristic cultures. Try that one on for size!

If you visit my Pinterest board for “Writing Descriptors“, you’ll find some graphics on our body’s limitations and what happens to our bodies after we die. Do NOT use these to replace your real research, and double check everything! It only takes one mistake in a crime novel to alter your writing credibility!

Get to researching and good luck!

If you’re writing another genre, maybe you should consider the other realities most forget. 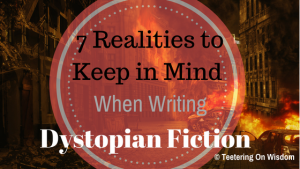 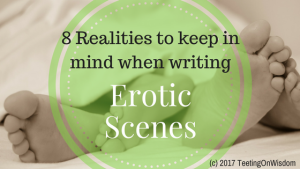