Movies that should be Books, Part 2

Back in part one of this series, I explained how some books just seem to really lend themselves to being a book. Just as books make great movies.

Yes, sometimes–I feel like there are some stories that go great the other way, too. Considering that, I like to watch some movies (mostly “horror” and “indie”) and figure out what could make it better; to me, those things can be better accomplished with a book.

In the last post, I included four movies that I found on Netflix in one way or another. On this post, I’ll be including the same thing! Shocker! If it works, it works, right? 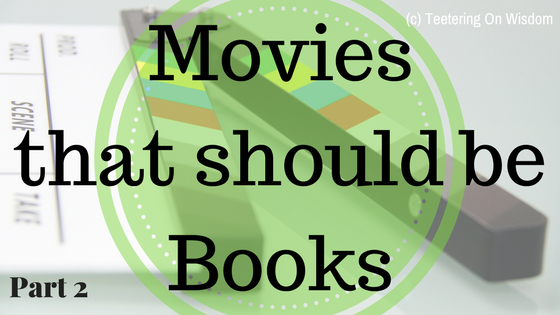 Scary for what it is and what it may, my little one discovered this one on Netflix and got us hooked on it.

A single mother, plagued by the violent death of her husband, battles with her son’s fear of a monster lurking in the house, but soon discovers a sinister presence all around her.

There is a whole allegory to this story that is only hinted in the story. It has a depth that should be addressed and can be in a book. The psychology and foreshadowed breakdown is heavy in this and should be expanded to hit home more clearly. Let alone, more story on the creature itself.

This was listed as a horror on Netflix but the only thing horrific about it is that it can totally be a thing and that something like that is realistic. Don’t get me wrong, I loved the movie but it wasn’t what I was looking for when I sorted through.

Aaron answers an online ad and drives to a stranger’s house to film him for the day. The man wants to make a movie for his unborn child, but his requests become more bizarre as the day goes along.

The story moves fast and the antagonist’s reactions to everything really pieces the background and story for us. However, building the mood with more description than a movie can allow would really build in more thrill for reader engagement and character development. Plus, I really want to know more about our crazy antagonist and how he came to be…well…you’ll have to watch and see.

This one’s a cool zombie movie my husband found on Netflix. Though not a horror, the concept is a little horrific which leaves you with a moral dilemma, so to speak.

After a zombie outbreak, adventure seekers are invited to a luxury island resort where they can hunt the mindless undead on safari.

I really like the ethical implications of this movie but there’s a whole side of sympathy and compassion that is underdeveloped. A book can really dig deeper into the character perspectives on the matter to help us really reflect on how (in)humane we can be.

This one was, again, a pick from my husband because he prefers drama and action. I’m not gonna lie, I loved it as soon as the plot twist came up. It had me reeling with trying to figure out how I would handle that and the religious implications behind it.

A detective fights to redeem his soul when he becomes trapped in a hospital that serves as a gateway between heaven and hell.

In all honesty, I wasn’t liking the movie in the beginning because I couldn’t quite figure out what all was going on. It was frustrating for me but I continued on because my husband was engrossed (ugh, marriages, am I right?). Recommendation for the book: foreshadow more and show a distinct shift in setting to help the audience figure out the story as it develops. In the same way, the villain’s motives and the ending of the story are a bit underdeveloped, as well. It has amazing potential, though!

When you watch a movie, think about what would be different if this would be a book.

Yup, I’m really liking this. Keeps me challenged to think about good writing and how to expand on my own ideas. I really recommend you try it out, too. 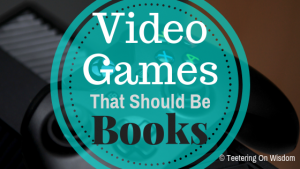 So, what do you think? Any movies you’ve seen that would totally make for an awesome book? Or, even a book series?

Let us know below and on social media. And, don’t forget to get your bi-weekly Writer Wisdom by signing up below.