5 Allusions Every Reader Needs to Know to “Get It”

Allusions are defined as a reference to well-known literature. Considering the “text” concept has expanded in the storytelling world, I define it as well-known stories–be they movies, stories, or anything else.

Do you know that feeling when you’re watching, listening, or reading something, and they make an obscure reference and you know what it is? Like having secret, esoteric knowledge that only the cool kids know. But really, everyone learned it in high school. Even so, you’re one of the few who remembers what it is. Yeah. *Nods head like a G* Nothing’s better, huh?

Well, as people become more and more educated, you have quite a bit of these allusions going on in movies and music.  No matter how many stories are created, only a few things are still commonly referenced. Weird, right? If you know those few things (five, by my count), you’re probably the smartest kid in the room. (Suck it kids who called us nerds for doing our homework!)

If you know your literature, you’re officially cool in my book. If you don’t, I wag my finger at you! BUT, I’m a pretty awesome person. So, guess what?

I’m going to tell you the secret knowledge of the cool kids so you can know what everyone’s talking about, too. 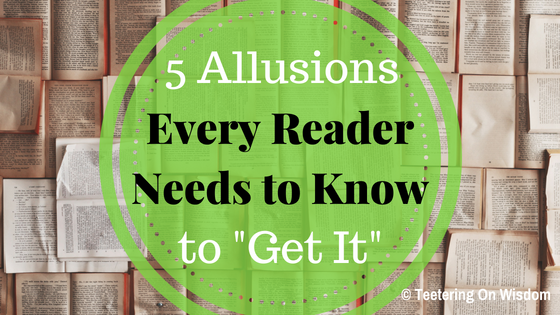 Okay, probably the number two hardest thing about reading Shakespeare is his constant allusions. These things were common to his education that are not to ours. Really, when you define those, it reads pretty simply. Working with his and others’ work, I found five common allusions you will find any smart character in anything referencing. Y’know, the cool-kid knowledge.

I think this one is pretty obvious to most people. Even those who are not religious know most of the key stories from the Bible because they are referenced so often. You may not understand every reference, but you can identify them as Christian.

When Christianity became a thing all the way to today, you’ll find both religious and non-religious people making reference to this ancient text. If I were to guess, the Bible is THE MOST influential book in western civilizations. If you are an avid reader, it’s smart of you to read and study the Bible. Even if only as a piece of literature, read it to ensure you are up-to-date on what you’re sure to encounter.

Greco-Roman gods and heroes are so diverse that they are easily related to anything and everything. These references are better more known by the average person because it is taught in schools. Not to mention how many movies are made about them.

Right behind the Bible, debatably neck-in-neck with it, mythology is another highly influential body of texts. They’re known worldwide with little debate and high acceptance as classic literature. Considering this, make sure you are on you refresh your studies on the mythology.

Just like the Greco-Roman mythology, Egyptian civilization is an influential culture to Western and Eastern civilizations. The wonders built and legends from Ancient Egypt are commonly referenced in everything from short stories to rap music. The opulent royalty is the perfect backdrop for seductive and rich references.

Even though it is culturally essential to the world, Greco-Roman mythology is still more influential when it comes to allusions. Unfortunately, Ancient Egypt gets little attention in school; but, you should be recovering from that if you want to hang with the cool kids.

Driving the turmoil of world history, European political figures are well-referenced in literature around the world. Most American students know the European monarchy and politics better than their own country’s presidents. 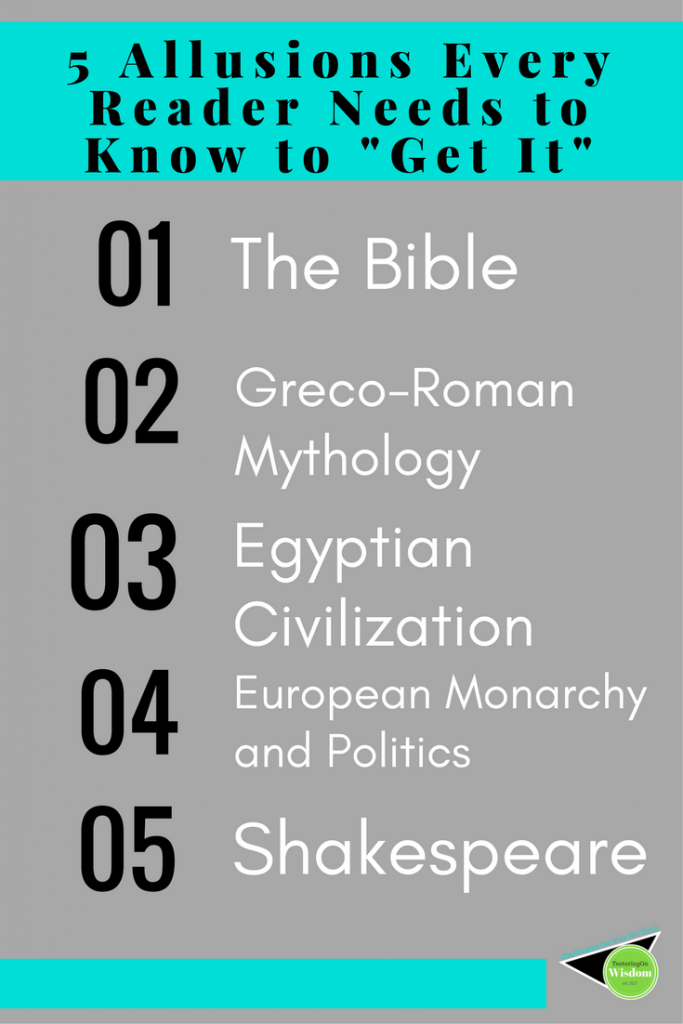 The noble, evil and ridiculous acts throughout history make European royalty synonymous with many saints and sins in literature. Make sure you know at least the big ones; start with the HBO shows to at least get an idea!

It only makes sense. You know why? Because Shakespeare is the literary beast who made reference to all the above and more in his works. Yeah, hate on him. The conflicts and characters in Shakespeare’s works epitomize anything else we can dream up nowadays. So, it’s only natural that we can use these common allusions in our works. In American education, you should know the most well-referenced from every year of your secondary classes (7th-12th grade).

There is a debate that most allusions come from Shakespeare’s work instead of from the originals. This may be true (another reason why he is a beast). In any case, you need to be getting on those Shakespearean stories you avoided in school if you even want us cool-kids to consider your application!

Yup, I’m pretty sure I just saved your reputation.

Now you know what makes the cool-kids so cool. If you even try a little to study and understand these five allusions, you just may earn the approbation from the rest of us. These videos are very helpful but the coolest kids read and study the original texts.

Get on it or no BFF bracelets for you!

Can you think of any other allusions that you tend to notice a lot? Do you think these areas should be emphasized in school? Do you think there are other things worth just as much acknowledgment in great literature as these? Comment, share, follow and let us know! Plus, sign up for the bi-weekly Writer’s Wisdom newsletter for access to free downloads, like the plot organization workbook currently available!