You’re so hardcore right now! You wrote the book, you published the book, you put it out there for sale. Yup, official author. But, why isn’t anyone buying your work? Where are all those natural readers and people who ‘need’ your story?

Uh, did you market your book?

I have to do that?

Yeah, unless you pay someone to do it for you. And, if you’re like me, part of the reason why you self-published, other than creative freedom, is because you could save money with DIY pieces. Yeah, reality. Well, I have read a lot of articles that go over how to market your book–which is actually a lot of work. But, very possible. 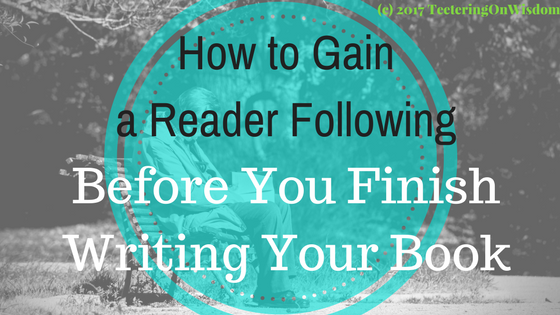 Definitely, have a newsletter and email your readers about your publishing journey, your story, your life, your interviews, things you’re attending as a writer or author. Let the readers get to know you as a person who started off writing just like them.

I personally have a blog and started it long before I planned on publishing a novel. Actually, getting involved in the writing community as a blogger is what gave me the confidence to continue writing and eventually publish it.

These were only two of the articles and I read many more. What I did notice though was that some suggest that you start to market before you officially publish the book. I took it a step further. I actually started before I finished writing the book. Yeah, a risk, I know.

I got on Google+ and created a collection (you can do groups with facebook or other sites). Automatically, anyone who was following me would follow the collection. However, I advertised the collection as a place for discussion about topics related to my book. This drew people in. Within two weeks, I gained 30 extra people who were enthralled with the topics and interested in my book because it handled the topics in an interesting way. I posted everyday, simple things, and it kept people wanting to find out more and know updates on how I was doing with the book.

Some of the things I posted:

My Struggles as I Wrote

If I was having a problem with a scene or conflict or any part of the book, I posted it to my audience. I asked for their expertise, their suggestions, and they love to help. They talk about their own stories and how they handled it, they recommend articles, hold conversations about good writing. Not only do you get an idea, they’re more eager to read it because they had a hand in its development and they want to know how you eventually laid it out.

Problems I Overcame and Successes

Whenever I had struggled with something and eventually conquered it, I would post about it and explain. The readers got to comment on what they thought and talk about why I chose to do that. Again, the little bit that they find out makes them want to know more about the rest.

As I noticed certain themes and motifs in my story, I would ask a general question about it to start a conversation. This really drew a flock because they wanted to join in on more philosophical and psychological aspects to storytelling. More people would join in and give their opinion, validating one another on their story interpretation. Of course, a good book can stimulate good conversation, and they gain interest in its prospect in doing so.

If there was a story or movie or quote or anything that inspired you, post some background about it. I had many layers of allusions in my story, so I would post summaries, pictures, and quotes about each so they can see some of the things I was basing my characters, settings, and conflicts on. If they were interested in any of the works, it encouraged them to read mine because there were potentially similarities.

I hadn’t even finished the book and I was already gaining people who I’m sure would be willing to buy and read the book they had heard so much about.

It’s almost like word of mouth. Don’t worry about the number of readers, but the quality of readers. You may get a million people who follow you, but if you don’t engage in conversations with them about the work, you’ll end up with only 100 people actually buying and reading it out of those million. Out of the almost 100 readers who are originally following my book, only 20 or so of them actually interact with the collection. At least those 20 people are a start and are more likely to actually purchase my book because they’re interested.

What else can you think of to post on social media to attract potential readers? What typically attracts you to a book that you’ve heard about, but hasn’t been released yet? Let us know below and by following me on social media!

You can also see what I’m talking about and how I market on my book collection here. Good luck.