I don’t know if it’s just me or if there’s honestly stories everywhere. I get writer’s block every once-in-awhile and find myself staring at my computer screen waiting for genius to happen.

But, I’m never short on ideas considering the world’s constant conflicts in EVERY capacity.

Apparently, though, that’s not a common thing.

I’m not sure how, though. If you pay attention to the world around you, every facet of life is a story. As long as time progresses and opposites exist, there’s a story behind a conflict. From the paint that took 2 days to finish by a man who probably hates his job, but does it to support his family; to your building’s framer who may have seen his life flash before his eyes when trying to work on your home’s highest point. Maybe I’m weird that I can stare at the wall and infer that? Or, maybe I’m just too empathetic? Everything and everyone has a story in life–even your wall. Don’t question me…

While most of us have too many ideas, there are those of us who don’t. If you’re one of the writers in the latter category, I think this may help you.

Some of them may seem obvious, but others may not. Try it before you knock it. 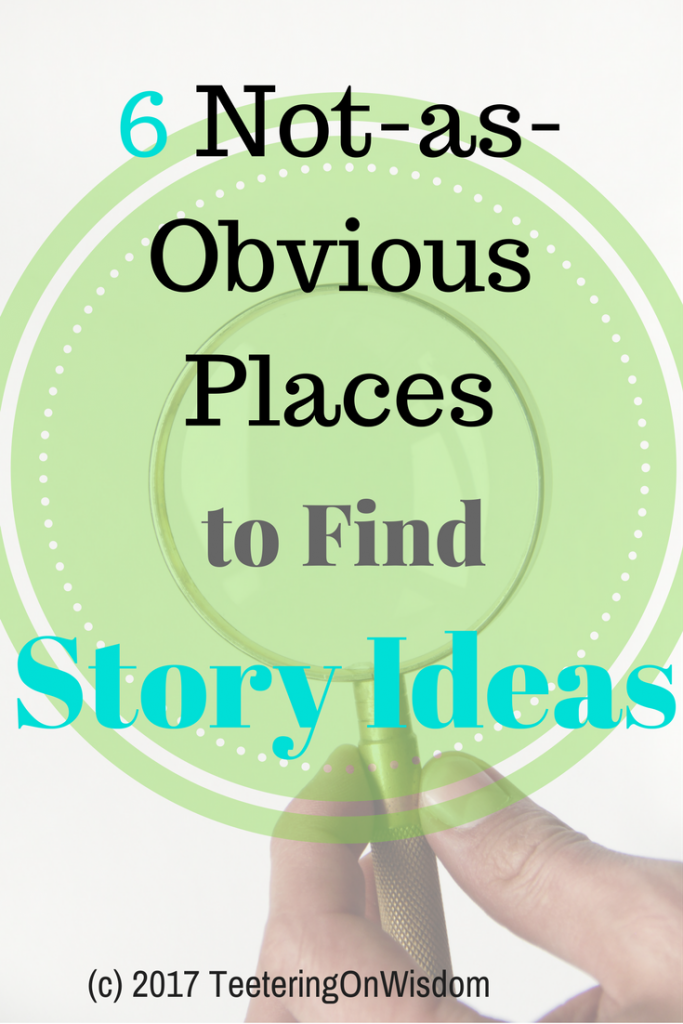 This is the most obvious. But, don’t forget that there are a few different kinds of prompts that you can use.

Get all 3 types of writing prompts on my Pinterest board.

A Story Sequel or Prequel

I’ve heard this one used in classrooms. After reading a story that leaves a cliff-hanger or should just have more than a “happily ever after” or “deal with it”, the teacher would assign the kids to finish it off with an “epilogue” so to say. Naturally, in a story, you plant exposition throughout the story to help blossom as characterization fruits. In the same way, you can just tell the background story as a story itself. Think of Star Wars. It has its sequels and its prequel in the series.

I love to assign this to my classes when I have the chance. Basically, you take an event, setting, or whatever from real history. Then, you have to tell the story from the perspective of someone who is NOT real. This last part is key. Because we have documentation, it’s not appropriate to tell a variant story of the real happening. So, maybe your character is negligible in the crowds but still witnessed the whole thing through. You can’t be family, employers, neighbors, or anyone else who can be traced and corroborated in real history.

This one requires more research, but the results are awesome. I’ve had 10th grades write amazing and original stories with this prompt. Though it feels like you’re researching for any essay, you embed all the information to creatively write instead. I love it! 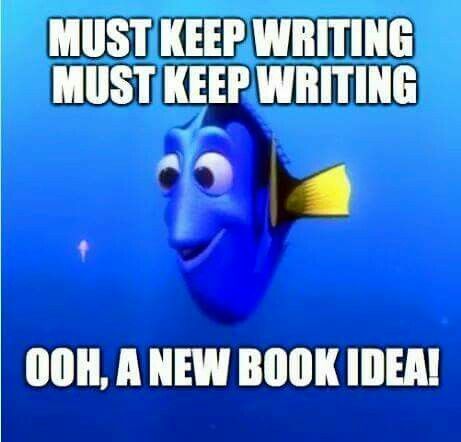 Though this is a little like stealing, it’s also not. Okay, hear me out. It’s just like the alternative history prompt. But, no one “owns” history in this same way. Due to copyright laws, you definitely want to think hard about publishing something like this. But, essentially, it’s like a fanfiction.

So, you have a story that you like. Lucky for you, this story has multiple characters who are involved in the plot enough that they would know quite a bit about the whole thing. Well, let’s say, you pick one of those characters and tell the story strictly from his/her perspective. While it feels like you’re telling the same story, you actually bring in originality with gaps from the character. You’d definitely best tell it in first person or third-person limited. That way, you capitalize on those unique character features that aren’t detailed in the original story. Having bias from a specific character can really change how the audience understands and connects with a conflict and developing plot.

It’s just like as a little kid. They always have you take an old nursery rhyme and tell it from the perspective of one of the characters. You may or may not remember that, but it does definitely show POV’s effect.

Check out “5 Ways to Ward Off Writer’s Block”

Okay, now this one is definitely a little different. I don’t think many of us really think about how drastically different each song is on an album. You’ll have a YOLO song (you know which one that is), then the next song is a heartbroken song, then you’ll have a breakup song, then you’ll have an empowerment song, then a cheating song, then an “I don’t care” song, then an “I drunkenly tried to get the lover back” song… and, this is in any genre. I’m one of those people who love pretty much any kind of music, and I swear I notice the same thing every time. It makes you think, “Damn, this person’s got stories”. Boom.

An album plays snippets of emotions along this plot that is only implied but not fully told. If you pay attention to the song, you have the main conflict with key characterization features revealed in each song. Try telling that story as a whole. Who wouldn’t love listening to their favorite album over and over again and piecing together one more reason why you like it.

Expand a Short Story or Poem

This one is a simple one that not everyone thinks about even though we think about it. What I mean is: we physically think about what happens after a story or poem, but never actually think about writing what we imagine as the sequel or epilogue. Considering that, it would make a great idea for a story. Unlike the alternative perspective, you don’t have to change up the characters, but just continue on with what you’ve already come to know. Now, you do have to keep in mind that you want to mimic the same features of the story/poem as you write your version of it. While that may not be hard for some, it’s death for others. Again, just like the alternative perspectives, you want to be careful with copyright laws if you want to publish this one. Otherwise, have fun with it. 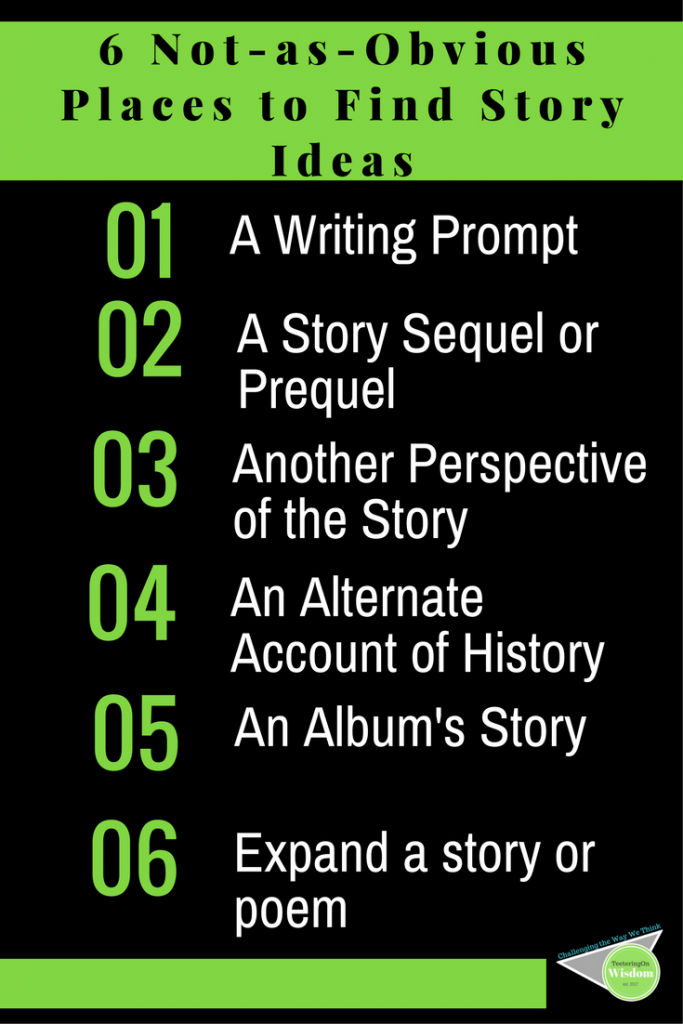 Ironically enough, I always have an idea, and yet, I never finish any of them. I couldn’t even finish short stories, then I tried to graduate to novels and got demoted to novellas. Ha. Actually, I think that was the best thing for me to do because I have so many ideas. It allows me to finish my “novel-like” ideas without the pressure of a word count.

Find out why you may need to do the same by checking out my novella article.

Anyway, the world tends to be a story. These are just 6 simple places where you can start. Me, personally, I can look at anything and build a trilogy out of it. It’s the anxiety and over-active brain when I try to sleep. Let’s call it a bittersweet blessing, shall we?

Do you have anywhere you suggest we get new ideas? How are you prompted to start a new idea? Where do you get your ideas? Help us out!

Let us know in the comments and on social media. Along with these ideas, I also give different writing prompts and ideas in my bi-weekly Writer’s Wisdom newsletter. Plus, you get access to FREE writing resources–like my latest plot planning and organizing workbook. (Perfect for NaNoWriMo Prep-tober!) Just sayin’!